In 2017, I spent time in London, Amsterdam, Germany, Paris, and Switzerland (where I was forced into a duet with a professional yodeler). I was a guest on the NECSS panel in Manhattan to speak about science fiction in film. I cruised islands off the Canadian coast, went whale-watching off Boston, visited Washington D.C., and took holiday in Denmark to drink akvavit and experience fireworks over Copenhagen.

I bought a new car, donating my previous one to charity.

I read books ranging from trench warfare in WWI to details of the coffee trade and the impact of cod fishing on economic development. I read a fair amount of fiction: no new favorites, though several worthwhile literary journeys. For kicks, I reread all of my Fighting Fantasy Gamebooks for the 30th anniversary of that series. 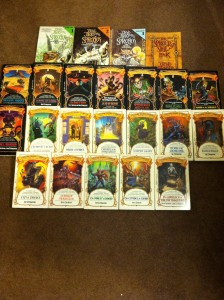 I made 16 professional writing sales, including to seven anthologies, Analog, Galaxy’s Edge, F&SF, and some I can’t quite announce yet. My sci-fi epic “Galleon” appeared in Analog; my sci-fi action thriller “A Thousand Deaths Through Flesh and Stone” appeared in Fantasy & Science Fiction; “Shadows and Shore Leave” appeared in Orson Scott Card’s Intergalactic Medicine Show.

Films? I was mostly disappointed this year, though there were some good ones: Wonder Woman, It, the breathtaking visuals and production design of Blade Runner 2049, and that jaw-dropping stairwell fight in Atomic Blonde. Still have to see War for the Planet of the Apes, which my brother insists is 2017’s best film.

On the video game front, I played the excellent Mafia 3, the masochistically difficult XCOM 2, the delightfully entertaining Tales from the Borderlands, Gone Home, and Assassin’s Creed: Origins. I also had my original NES repaired so I could wander back into the enjoyable arenas of boomerang-wielding vampire hunters, fireball-spitting Italian plumbers, and robot-battling blue robots. Because sometimes life requires those things. 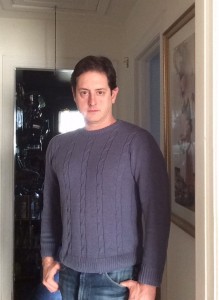