There were thunderstorms all this past week, which made me happy.  Grey rainy days have always appealed to me more than bright blue ones.  Colors seem richer, contrasted with the dark-quilted sky.  I might be a scientific rationalist — so I understand the physics of a thunderstorm — but this doesn’t cheapen the magic of it.  In fact, it’s a false dichotomy when people say you have to choose between being science-minded and imaginative.  It’s worse than a false dichotomy: it’s mental cowardice.  The same way people are beaten into thinking that there are only two political parties in America. 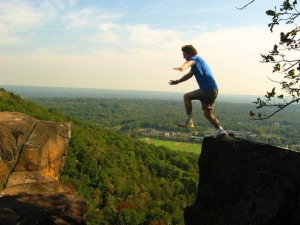 “Fear is the mind-killer” — Dune

Sunday saw so much rain and thunder that I decided to reread one of the “Big Three” in Horror Classics.  I had returned from a walk (yes, in the rain) and was thinking about Mary Shelley’s Frankenstein.  She was just seventeen when she stayed at Lake Geneva with Lord Byron and their circle of friends.  They too had a rainy week, with thunder, and amused each other by telling ghost stories.  Shelley couldn’t think of anything until later one night when she had a nightmare.

In her own words: “I saw the pale student of unhallowed arts kneeling beside the thing he had put together. I saw the hideous phantasm of a man stretched out, and then, on the working of some powerful engine, show signs of life, and stir with an uneasy, half vital motion…”

Frankenstein is a solid read.  Perhaps a slow starter, but there’s a mesmerizing richness to the story’s inherent mythos.  However, I was intrigued to discover that Mary was wrong about her own story.

She considered it a morality tale – the subtitle is, after all, The Modern Prometheus.  The implication is that Prometheus was wrong to steal fire from the gods; that the human race should have stayed cold and miserable in a world of darkness while high above them a self-serving petulant circle of divine brats continued to hoard the knowledge of fire.  When Victor Frankenstein’s sewn-together-monstrosity begins to to stir with life, Victor takes one look at it and is repulsed by what he’s made.  He flips out.  He begins a long inner monologue of how the thing is evil because it looks ugly.

But here’s the contradiction.  The Monster was NOT born evil.  In fact despite being shunned by his creator and upon escaping from the laboratory, it embarks on a virtuous life of helping others and trying to fit in with society.  Only after discovering that everyone else in the world is obsessed with hunting it, hurting it, and destroying it does it turn aggressive.

Victor judges his creation based on its aesthetic appearance.  That’s like taking one look at early experiments in flight and declaring, “Gosh, what an ugly bunch of contraptions we’ve made!  There’s nothing of a bird’s elegance in this!  This’ll never work!  Scrap it all!”

Man’s inhumanity brought down the Monster’s vengeance.  It wasn’t the act of tampering with Promethean fire.  We tamper with such fire every time we give a near-sighted child a pair of glasses, each time we invent medicines or devices which help the blind see.  Our agriculture, explorations, engineering, and inventiveness is all done in Prometheus’ footsteps.  When winters threaten to freeze our blood, we use fire to keep us warm, cook our meats, and drive away the prowling predators.  That same fire is then used to smelt ores and produce tools, to light our lighthouses, and now hums in our computers.  It’s cowardice to say we shouldn’t be “messing with things.”  If we didn’t, we’d still be crawling through the mud and dying from the slightest infections.  The fire can be good.

Anyway, in relation to the two other “Big Horror” classics, I’d rank Frankenstein as second.  Bram Stoker’s Dracula is still a triumph of imagery and fear.  To this day I have yet to see a film that accurately renders this story’s nightmarish power.  Some have come close (Francis Ford Coppola’s version, and the exceptional silent-film Nosferatu) but no cigar.

In last place I’d put Robert Louis Stevenson’s Doctor Jekyll and Mr. Hyde.  Before I explain, consider the background of how he wrote it.  He has a nightmare one night, filled with such ghastly images that his wife has to wake him because he’s screaming in his sleep.  Feverish and inspired, he immediately sets about writing a novel based on the dream.  When he’s done, he shows it to his wife… and she is horrified. It’s TOO ghastly, she accuses.  Her and Robert get into a ferocious argument.  It ends with him leaving the room, but a little while later he returns, brandishing the manuscript, and says, “You’re right dear!”  And then he throws it into the fire! The fire can be bad.

After this willful destruction, he sets about rewriting the tale as a cleaner, almost antiseptic morality tale. Don’t get me wrong — the concept is still great and it’s a good read.  But I would really have loved to see the original version before it was watered down by Victorian sensibilities and hypocrisies.  The Victorian world is amusing to me anyway with its finely-dressed gentleman checking their fancy pocket-watches, enjoying the brandy and cigars of high society just moments before they sneak off to Whitechapel district…

The point with Doctor Jekyll and Mr. Hyde is not that we have to see the gory details of Hyde’s nocturnal cruelties.  Not really.  You don’t have to see Janet Leigh getting gutted in the shower in Psycho but it would be an injustice if all the action always happened off-stage.  I just really wish Robert’s earlier version was available.  Sort of a Jekyll and Hyde: The Author’s Cut!

Anyway there you have it.  Personally, I consider The Picture of Dorian Grey by Oscar Wilde to be superior to Stevenson’s story anyway.  Visceral, shocking, fun, and frightening.  Wilde is in a class by himself; I don’t think I’ve encountered a more quotable writer aside from Shakespeare.  And the character of Lord Henry is dynamite.  He makes that novel.

Watching this Week: The Doors, The Big Lebowski, and Conan the Barbarian.