How an Archaeologist and Dracula Helped a Writer Publish a Story

It’s with great pleasure that I can announce the sale of my novelette “The Song of Lost Voices” to The Magazine of Fantasy & Science Fiction. This will be my ninth appearance in these esteemed pages. Very special thanks to my friend Daniela Wn, who generously provided me with invaluable field expertise that made this tale possible, and to Editor Sheree Renee Thomas for kind feedback and enjoying the story enough to buy it.

“The Song of Lost Voices” first occurred to me in my Fox-Mulder-in-training childhood, which I’ve written about before. I was a weird kid. My bedroom was plastered with pictures of UFOS, aliens, and monsters. My bookshelf contained volumes on everything from the Abominable Snowmen to Zeno Cards. My television hours included shows like Arthur C. Clarke’s Mysterious World and Ripley’s Believe it or Not. Come to think of it, I was less Fox Mulder and more Dib from Invader Zim. 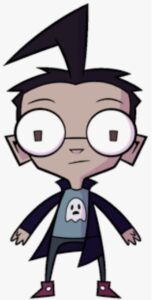 One of those shows featured a segment on the “singing sands” of the Gobi. This is a real phenomenon (you can look it up on YouTube to hear what it sounds like) and has perfectly rational–if unusual–explanations. As a kid hopped on the supernatural, though, I came up with a more fanciful explanation.

I wanted to write the idea as a story, but I immediately realized that it was beyond my nascent literary skills. So I jotted it down in my Idea Book, and forgot about it for several years.

“Forgot” is perhaps too harsh. The concept was never far from my mind, especially whenever I’d visit the beach (we don’t have deserts in New England). Eventually, I decided to take a stab at writing it.

It was execrable. Only four pages, though they were execrable pages and I knew it. So I buried the mess for many more years.

Then came a night of dim sum and watching Iron Monkey with friends, which I’ve also talked about on my blog. The quick recap is that I met an archaeologist that night, asked if I could ply her for information about what she did, and took several pages of notes. At the time, I didn’t have a story in mind.

In the days that followed, however, I remembered my childhood idea. Remembered the four terrible pages.

And I knew that I could finally do justice to the concept.

My archaeologist friend had provided me the fuel I needed to start the tale. That was progress, though it would turn into a two-year slog during which I regularly contemplated killing the story. I may have achieved literary liftoff, but I needed navigational support…

…and Dracula helped me.

I’m not kidding. The problem I was having was that there was information I needed to convey to the reader that the characters would not have. One way to handle this is through omniscient POV, though I don’t care for that approach. Another option was to introduce a brand-new character who would have deets, though such an action would bifurcate the narrative of an already lengthy tale.

It so happened that October was rolling around, and I had a hankering for some classic horror. Dracula has been one of my favorites (don’t talk to me about the Coppola film) and so I cracked it open, eager for a reread.

And cracked the problem I was having with the story.

Dracula isn’t written as a straightforward narrative. Bram Stoker used an epistolary technique, peppering his novel with diary entries, phonograph recordings, telegrams, and newspaper clippings. It’s a clever method of imparting little shards of data to the reader, without cluing in the characters.

I realized immediately that this was my answer. Putting Dracula aside, I peppered my story with emails, letters, and memos to craft a kind of B-side running parallel to the central narrative. Eventually, it all comes together.

And speaking of Dracula, I have now officially been published in Romanian. “Karma Among the Cloud Kings” has been translated for the fan-driven Romanian site Blogul DeSeFe, and I’m delighted to be one of their featured authors.