Tomorrow (August 22) is Ray Bradbury’s birthday and I will be lighting a candle though I’ve never met the guy and, frankly, have never been to Waukegan Illinois.  But through his books, I’ve always felt a kinship with this master of poetry and fantasy. 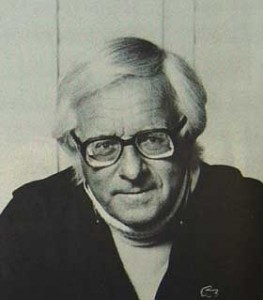 And we have crossed paths – sort of.  In 1996, one of my stories was published alongside his story “The Pedestrian” in an Elements of Literature textbook.  The two stories were even compared in the ensuing review questions; both turned a spyglass on the isolating effects of society.

In 2003, Connecticut had a statewide writing competition which used Bradbury’s “Fahrenheit 451” as the theme.  Contestants had to compose a story which fit in that universe.  In other words, we had to write along the themes of totalitarianism, censorship, and the suppression of individuals.  I won First Place for my story “Embers in the Dark.”

Ray grew up reading Flash Gordon; I grew up reading Ray Bradbury.  In the strictest sense most of what he writes isn’t science-fiction.  Instead he writes with an entrancing mythic power as if his pen came from the same forge that made Thor’s hammer.  The Mars that he describes doesn’t exist (though in defense, right into the 1950s there were still Atlases being produced that described Mars as being filled with vegetation – (I have a 1953 edition that shows just that.)  Mars is a burnt-orange desert.  Mars has no canals, no gold-eyed Martians with six fingers, no gossamer ships that cruise the barren wastes.  But we want these things to exist, and so Bradbury’s Mars remains immortalized as a ghostly parallel world.  And you know what?  When people do set up little colonies there they will sow those imaginative seeds upon the dead planet.  Someday, someone in the future is going to build a gossamer Bradbury-described Martian sailship to go careening around the Martian desert.

Bradbury is a shaman of imagination.

So, favorite Bradbury stories?  Each one has their own glint of magic, like river-stones catching moonlight:

Among these, “Frost and Fire” is one of my favorites… and the unapologetic longing in “R is for Rocket,” balanced so smartly against the somber “The Rocket Man.”

The Martian Chronicles stands uniquely apart and cherished.  It isn’t the fanciful pulp adventures of John Carter rescuing scantily clad blue-skinned Martian beauties from cruel villains.  Neither is it the ardently scientific look of Kim Stanley Robinson’s Mars trilogy (which bottomed out by the time he reached Blue Mars, IMO.)  Bradbury’s take is neither science nor pulp but a strange kind of myth that burns eternally in the mind.

So for Bradbury fans, join me in our remote birthday celebration.  October is still a ways off, but I think tomorrow we’ll hear the soft mad laughter of Cooger and Dark’s Pandemonium Shadow Show unfurling their tents…

After my article condemning Orson Scott Card, I received a lot of email. Most of it was from the open-minded freethinking crowd. Not everyone agreed, but most could come to the table of open ideas and have a real discussion about it.

Here’s one response I got from a guy named Dan, located in CA:

“Thanks for your prose, Mr. Trent. The ramblings of Mr. Card are indeed scary…at least for me. It’s people in the straight community like you that bravely stand-up to say this is wrong, that will change the hearts and minds of average Americans or at least Californian’s. As a gay man and recently sworn in Deputy Commissioner in the State of California, I’ve had the privilege to marry 6 couples, 1 of which was gay, I’ve also witnessed 6 more couples get married in my gay-friendly church. One was this lesbian couple together 25 years. It’s cool because when I marry people, I get to see love up-close 1 foot from my face and hear them recite their vows…It feels like love in its purest form. So…thanks for standing up…I really appreciate it.”

Then there were some others, like this from Felix, located in MO:

“I can’t agree with you that gay marriage should be legalized, I would prefer it come to a vote of the people. I am Christian but I don’t want to see peeple killed over this, and I am forced to agree with you that the Constitution is secular and religion should not interfere. I see some of OSC’s concerns, but think he took them too far, still I feel gay marriage is wrong.”

And then there was the Fallwellian Taliban’s responses (or the Block-headed Beasts, if you prefer.) They were a distinct minority — most maniacs are — but here goes:

“Your hostility to God and his written word are duly noted.  If we obeyed God, we wouldn’t be in the mess we are in, but unrepentant sinners never believe they ar sinners nor do they believe they need salvation.  I understand your hostility to God; that which loves the darkness flees the light…   There is this strange belief these days that God is love and loves everyone.  Nonsense!  The bible is clear.  He loves all those that are his chosen ( a thematic issue throughout scripture).  It is CLEAR that not all come to him.  There seems to be a conflagration of forces moving on the side of light.  In my times at Gunshws and at the ranges, there is grumbling and anger… I do sense a storm coming.  A violent one… I will point out that there are 85 million gun owners, the vast majority of those are conservatives.  Your threat to join the opposite side will make you quite unmatched and don’t count on government to help you… a threat I know I will resist in accordance with the oath I took to defend the US Constitution against all enemies, foreign and domestic.  I find it instructive that the oath the founders set up has no loyalty component to government officials.”