Imagine if a terrorist had killed David Bowie, Alan Rickman, Lemmy Kilmister, and  500,000 other people around the world each year.

We can only be so angry at the destruction of the Library at Alexandria. At some point we have to point to the world we live in today, and admit that it’s time to step up to the plate and discover the intellectual and political will to address the unacceptable reality that cancer is still a thing in our world.

Everyone reading knows someone who died from cancer. So here’s my modest proposal: perhaps we should declare cancer to be a terrorist. Get it flagged by the NSA, move it into the political spotlight. The United States will spend $600 billion this year—more than fifty percent of its budget—on the military. Move cancer from Column Z of public debate to something ahead of Donald Trump’s hairstyle. 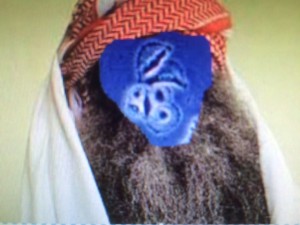 Maybe this will help encourage our political will…

Obama’s “cancer moonshot” speech was a solid advance in this direction, though it would have been nicer if we’d heard it seven years ago, and nicer still if we’d had the political will earlier than that. Cancer—is not supernatural, and shame on anyone who shrugs it off as “one of those things” that “just happens.” Fuck that. It wasn’t that long ago that European cultures were shrugging off the presence of lice in their scalps as something that “just happens,” or rotten teeth as “one of those things.” It’s a short hop in history to a time before vaccines freed us from civilization-toppling plagues. Cancer is a physical process, and therefore has a physical solution.

Okay, moving on from politics.

Daily Science Fiction notified me on New Year’s Day that they are buying my devious little story “Medusa’s Revenge.” I really like DSF as a venue—they like their stories short and sweet, often with a punch (or as “a kiss in the dark from a stranger” to quote Stephen King.) They published one of my most popular stories, “Sparg”, which still nets me emails from heartbroken pet owners around the world.

I’ve been thinking of that story a lot lately. I never did update this in my blog here because I could never bring myself to do it, but this January marks the anniversary of Athena Cloudfoot’s death. She brought tremendous joy to my life.

She literally died in my arms.

I miss her constantly.

The University of Toronto’s Astronomy and Space Exploration Society has invited me to be one of three guest speakers for their “Astronomyths” symposium on January 29. My fellow speakers are Professor Lynn Rothschild of the NASA AMES Research Centre, and Professor Fred C. Adams of the University of Michigan. I absolutely love the groovy 50s’ sci-fi vibe of the event poster: 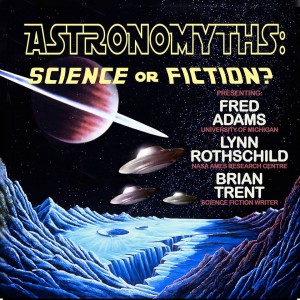 The title of my talk is “Depiction and Theory of Extraterrestrial Life in Science Fiction” and here’s the abstract:

The notion of alien organisms predates the genre of science-fiction itself. As science searches for evidence that life exists beyond Earth, popular media has given us innumerable speculative examples of what that life may be like. But why do we picture extraterrestrials as we do? What does it say about our expectations, fears, and scientific projections? I will be discussing the categories and concepts of the “alien” in the history of science-fiction, and how the idea has changed along its journey of Enlightenment satires, pulp novels, genre classics, and silver screen renditions. Why the preponderance of “alien bugs” in literature? Is there a sound basis for depicting anthropocentric entities, or does Earth’s own biodiversity suggest a far more exotic likelihood? What did the finest minds in science-fiction think of how first contact might play out? Our discussion will break the subject into five categories of how alien life is depicted within a framework of historical, literary, and philosophical considerations. Very recent fanfare over KIC 8462852 and the Martian meteor controversy will also provide talking points into how popular the subject remains to this day, and how the search for life is focusing on our own solar system.

So if you happen to be in Toronto on January 29, stop by and say hello.

I will say hello back, and we will have a good conversation.